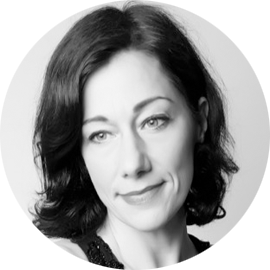 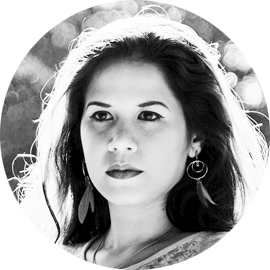 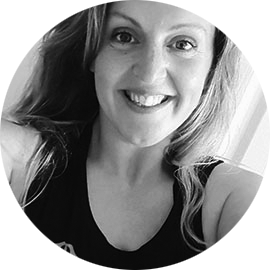 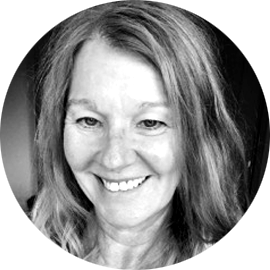 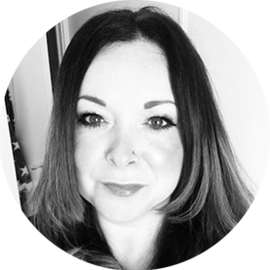 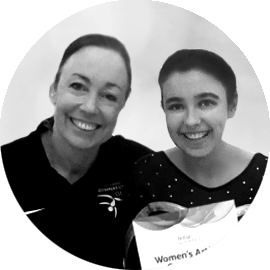 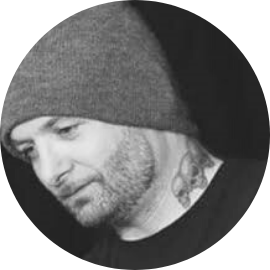 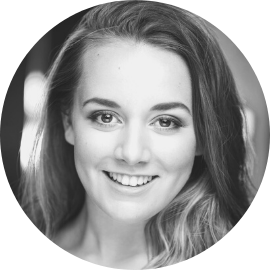 Currently Marie-Louise dances on projects with Swerve Dance Theatre, a professional contemporary dance company, based at Swindon Dance. She is a choreographer and core performer with Curious Company, who make themed and beautifully costumed shows for events, festivals, private functions, and high profile clients. Her vintage song and dance double act, The Mary Lou Revue, is hugely popular and has gained a reputation as being highly engaging, top class entertainment for a broad audience.

She then spent a few years in Girona, dancing with ‘off the wall’ Catalan company El Paller, while working extensively as a freelance performer for independent choreographers, including the renowned Yael Flexer of Bedlam Dance.

Her work in the corporate entertainment sector has taken her far afield to clients in the UK and abroad, including BBC, Harrods, Harvey Nichols, Pierre Cardin, Star Cruises Asia to name a few. She has entertained at a host of celebrity events, parties, award ceremonies, film premieres, and music concerts.

As a child, Marie-Louise attended dance classes with her mother Ethna Flexen and with Cirencester Dance Club. She went on to train at Swindon Dance and London Contemporary Dance School where she won a scholarship to California Institute of the Arts. Marie-Louise received a Dance UK Award for inspiring dance leader of the future in 2015. She was a finalist in major contemporary choreography award The Place Prize in 2005 and nominated for a Total Theatre Award 2007. She created Arts Council funded projects and gained many dance commissions for a range of exciting collaborations and productions of her own between 2004 and 2014.

She now teaches a range of dance styles including contemporary, ballet, tap and vintage dance. Marie-Louise has many years of experience of leading inclusive dance practice and has become a positive voice for disability dance. She also works as a dance movement specialist in care homes.

Marie-Louise will be teaching our senior Contemporary classes and our Adult ballet classes.  She will also be heading up our performance contemporary group.

Astrid is a Venezuelan dance teacher, choreographer, and performer based in the UK since August 2015.  She started her dance career in Venezuela while she was a teenager and had her first contact with Middle Eastern Dance.  Since then, she has been training in different dance styles such as Latin-American dance, Jazz, Ballet and Contemporary dance but keeping her main focus in different styles of Bellydance.

Astrid studied ballet and contemporary dance in a recognised university in Caracas, Venezuela, Instituto Universitario de Danza.  At the same time, she studied to become a French language teacher at a Pedagogic University in Caracas, Venezuela.  This is where she discovered her passion for teaching.  Lastly, in August 2017,  she became certified as an American Tribal Style Bellydance Teacher by Caroleena Nericcio-Bohlman and Megha Galvin in Southend-on-sea, UK.

Astrid has over 6 years of performing dance experience in her own country and has gained valuable teaching experience, which includes an apprenticeship with Marie-Louise as a teaching assistant,  other teaching assistant positions, teacher cover and as the main teacher in various dance schools in the UK since 2016.  Astrid believes that the learning process must be achieved by the creation of the right atmosphere, memories, and feelings.  This is made by finding a balance between enjoyment and technique whilst students are being encouraged to be part of a family where every member loves to dance just like them!

Astrid will be teaching our Saturday classes and belly dancing classes. 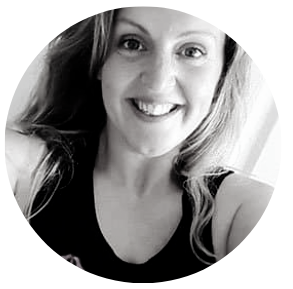 Pippa found her passion for dance studying at GCSE level, where her final year choreography was showcased at Chichester Fringe Event. On moving from the Sussex to Wiltshire she furthered her studies in Performing Arts at New Collage, Swindon where she developed her skills as a singer, performing in Pantos, musical and dance showcases throughout her two years. On completing her studies, she auditioned to become an entertainer for a holiday chain and spent a season in Majorca singing and dancing and is where she also learnt to Suba Dive.

On returning to the UK Pippa moved to Walsall and started teaching at a local performing arts school and later developed her own Early Years Programme to introduce ‘movement’ into schools in the West Midlands. It was here she enrolled in a Dance BA at Wolverhampton University where her training in Ballet, Jazz and Contemporary was broaden and a love of Dance history and Dance Science was founded. Taking class at the DX Studios in Birmingham and working with well-known local Choreographers such as Rosie Kay and Marie Blundell. Pippa worked on projects including the open and closing ceremonies for World Wheelchair Basketball Championships, World Gymnastics Championships and the World Trampolining and Tumbling Championships held at Birmingham NEC. In 2011 Pippa qualified as a Zumba Instructor adding to her Exercise to Music qualification and began teaching classes across the West Midlands.

Moving back to Wiltshire/Gloucestershire in 2015 Pippa continued teaching Zumba, Dance, Fitness and taking classes at Swindon Dance until joining Cirencester Dance Club and is also another singer in the group. Pippa hopes to give dancers a strong understanding of technique accompanied with body conditioning to create strong and confident performers.

Pippa will be teaching Ballet and Jazz.

Sarah started dancing at the age of 5 working her way through RAD Ballet Grades and ISTD Modern / Tap Grades with the Maria Anderson School Of Dance in Greater London. She also studied Jazz, Singing and Acting during this time taking part in many amateur panto’s  and All England Dance Competitions.

When Sarah turned 18 she become a Redcoat Entertainer at Butlins Holiday Camp in Bognor Regis for the Winter Season before joining Sole Dance & Drama Academy, Greater London as a Primary Ballet Modern & Tap Teacher, as well as taking part in Street Dance Classes and taking outside classes at Pineapple Studio’s London, whilst also taking part as a Professional dancer in music video’s and professional productions.

Sarah being a keen singer / song writer has worked within the music industry at the age of 18 along side Production House records, Baby D, Dj Slipmatt and signed with Kathy Brown in 2011. When Sarah was 14 she caught the eye of one of the band members from the Beautiful South at a holiday park who wanted to sign her to the band but upon finding out her age unfortunately could not move forward .

In 2011 after Sarah had her first child she decided to go back to her roots and start her own business teaching after school dance clubs at various state and private schools. During this time Sarah also joined her sister and became part of Kidology Dance Company in Greater London teaching Street Dance, Baby Ballet and assisting in a number of dance show cases.

Sarah has recently relocated to Cirencester from Hertfordshire with her family to start a new exciting chapter of her life with Cirencester Dance Club.

Vicky fell in love with Flamenco because of the intensity of the expression of all human emotion through the singing, music, rhythms, and dance of this passionate art form.

Vicky is an expressive and dramatic performer having come to Flamenco from a background in the performing art, having achieved a BA Performance Arts Degree from Middlesex University.  After spending many years studying flamenco with Felipe de Algeciras, she also returns to Spain to study in Sevilla regularly.

Vicky has been teaching flamenco classes and workshops for over 10 years. Her classes are a combination of flamenco technique and choreography.

Vicky performs with Suspiro Flamenco and Flamenco Loco in the South West and will be teaching our Flamenco class on Monday evening.

As a child she attended the Marjory Newbury School of Dance in Harrogate and passed all the Royal Academy of Dancing classical ballet examinations and performed in several semi-professional pantomimes at the Harrogate Theatre.

As a young adult, Helen was a dancing member of Harrogate St Andrew’s Players and later Harrogate Phoenix Players and performed in several musical productions including Barnum, where she learnt to trapeze at Leeds Circus School.

Helen joined Harrogate Gymnastics Club at the age of seven and was soon in their main display and competition squads.

After finishing university studies in Hotel Management, Helen went to America to teach gymnastics at a summer camp in Maine.

In 2009 Helen started coaching at Cotswold Gymnastics Club when her young daughter, Lara expressed an interest in the sport.

Lara is in the Elite Gymnastics Squad and Display Team at Cotswold Gymnastics Club. She is also ASC qualified, and enjoys assisting Helen with teaching gymnastics at Cirencester Dance Club.

Since 1984, BANXY has been a respected veteran of the world B-Boy scene.

During his 34-year career as a dancer and choreographer working in video, teaching, theatre and touring, he has worked with such bands as Meat Beat Manifesto, George Michael, and Boy George.

His Breakdance crew “The Scarecrows” were worldwide renowned for their ideas in choreography and were a permanent feature at the UK Breakdance championships from 1995-2000. Since 1998 he has also collaborated closely with the British Hip Hop Artist and M.C Jonzi D on productions and UK tours.

Banxy has taken his experience and knowledge and has created his own theatre production BUSK which toured to sold out venues across the UK. He has also taken his passion of dance and music and Graduated with a full BA Honours degree in “Performance Industries” and won the AMS Award for most outstanding music production from the University of Wolverhampton.

We are so excited to welcome Banxy to our teaching team and he has certainly raised the ‘coolness‘ of our team!

Chloë started dancing at 3 years old at her local dance school in Wootton Bassett, there she competed regularly in festivals qualifying for the All England Dance Finals.
She then went on to successfully audition to train at Swindon Dance, Youth Dance Academy, Centre of Advance Training where she worked closely alongside industry professionals.
At 18, Chloë trained for 3 years at Millennium Performing Arts in London where she gained her Level 6 Diploma in Performing Arts. She trained in Ballet, Jazz, Isolation Technique, Contemporary, Tap, Commercial and also singing and acting.
During her career she has worked and performed with renowned professionals, such as Nigel West, Jo Morris, Curtis Angus, Jo McShane, Valentina Dolce, Akash Odera, Yael Flexer, and James Wilton. She was fortunate enough to help leading West End choreographers such as Andrew Wright, Joe Pitcher and Stephen Mear workshop their choreography for their up coming productions.
Chloë has also been featured on the CBBC channel where she took part and danced in Comic Relief does Glee Club.
As well as a dancing career, Chloë has also featured on BBC Radio 1 and Ministry of Sound Radio, where she has recorded voice overs for DJ Faydz.
Chloë has always had a passion to teach and share her extensive knowledge. She cannot wait to help the pupils of Cirencester Dance Club grow and build confidence, not just during their dancing journey, but for life!

Cirencester Dance Club are following the government guidelines so we are offering online dance classes for our Summer term.  We understand how important dance is to everyone’s physical and mental wellbeing.  We are offering a number of packages that will suit everyone as we are aware that this current situation has affected many people financially and emotionally.   We also have extended our bursary offering so please get in touch to discuss all options available – to us the communities wellbeing is the most important thing.